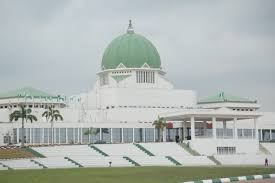 Background STATEMENT The Fatherland Group: Acknowledges that there is a new realisation throughout the world of the economic value of water, the growing demand for its use and the need to conserve it and to manage floods, desertification, soil erosion and water pollution; and that the United Nations has recognised the right to water and sanitation as a human right.   Notes that towards similar ends, in England there is the Water Resources Act (1991) and in Europe there is the European Union Water Framework Directive (2000). Notes further that Draft Version 5 of the National Water Resources Bill, dated February 2016 (which appears to be the latest version in circulation), states on its face that it has been “prepared with support from the European Union Water Supply and Sanitation Sector Reform Programme”. Is Concerned that the approach taken towards the same end in the proposed National Water Resources Bill is wrong and offends the principle of federation upon which Nigeria is supposed to be governed. Finds that the vesting of the right to “use, manage and control” inter-state waters “together with the beds and banks thereof” in the Federal Government is unnecessary and violates the fundamental principle of a federal republic. Observes that there is no precedent for this in either the English Water Resources Act (1991) or in the European Union Water Framework Directive (2000): The former takes care to respect the reality of the constitutional separation between the waters of Scotland and the waters of England & Wales. In the same vein, the EU Directive limits itself to “establishing a framework for the protection of inland surface waters, transitional waters, coastal waters and groundwater”, leaving it to member states to draw up their own measures to meet the set objectives. Shares the concerns of well-meaning Nigerian citizens about the inauspicious timing of the National Water Resources Bill and the desperate and underhand measures being deployed to push it through, in spite of serious objections being raised by citizen groups across the country. This is against the backdrop of the palpable failure of the Nigerian government to address the crisis in Southern Kaduna the underlying cause of which is the communal sharing of access to surface water and grazing lands for livestock. This is further aggravated by the fact that federal government under General Buhari has established a notoriety for sectarianism and nepotism, exemplified by its flagrant disregard for the principle of equity in key federal appointments. Is disappointed that the European Union has not shown sufficient understanding of the political history and reality of Nigeria in providing support for this Bill. In its current form, the draft bill offends the principle of federation and subsidiarity in a way that EU member states will not themselves countenance for their affairs. Calls upon the National Assembly to reject the National Water Resources Bill in its current form and to revise it to conform with the principle of federation. The Fatherland Group is a global network of forward thinking Nigerians armed with a new understanding of our past, our present and our future. [email protected] www.fatherlandgroup.org +44796093326
Post Views: 472