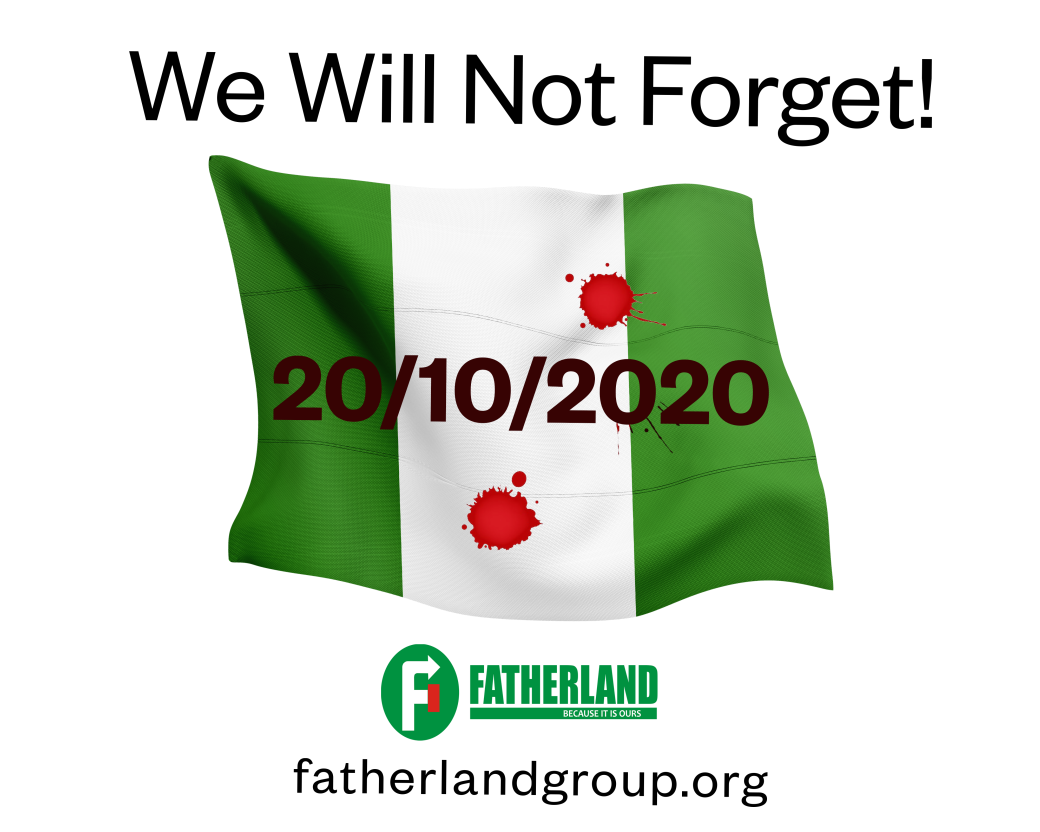 STATEMENT ON THE LEKKI MASSACRE

18.00 – Lights in and around the Lekki toll gate were turned off.

18:45 – A drone shot confirms the Lights had been turned off.

“. . . right from the onset of ENDSARS protest, the [Nigerian Army] NA has been aware of the grand design by the sponsors of the protests to draw it into the crisis. The plan was to embark on massive propaganda to discredit the military and the government so as to set the people against the NA once it is called out to aid the civil authorities. The NA being aware of the devilish plan was careful not to be dragged in and issued the initial warning through a press release on 14 October 2020 of our resolve to secure and safeguard a United Nigeria. Now the detractors alongside their local and international collaborators have mischievously and deliberately misrepresented troops’ efforts to ensure compliance with the curfew imposed by legitimate civil authorities in Lagos and other states. These agitators are falsely accusing the NA of being responsible for the activities of the miscreants despite glaring evidence to the contrary.

Is Appalled by the use of lethal force by the Nigerian Army against peaceful protesters at Lekki Toll Gate on Tuesday 20 October, 2020. The massacre of young Nigerians carrying the Nigerian flag and singing the National Anthem was a shameful act of State mass murder.

Is in no doubt that what happened at Lekki Tollgate on 20 October 2020 was a massacre given that a ‘massacre’ is defined as “the unnecessary, indiscriminate killing of a large number of human beings”. Amnesty International has confirmed that at least 12 people were killed in the incident and other reports have suggested that the figure was many times that number. The killings were “unnecessary” as the protesters were peaceful and unarmed and, also, there were various crowd control measures available to the State, short of lethal force – such as water cannon and tear gas – which were not used. The killings were “indiscriminate” as the lights on Lekki Tollgate had been extinguished ahead of the killings so that the army were shooting blind.

Finds disturbing the failure of the various arms of the government to take responsibility for the massacre of the young Nigerians by their own army on their own soil. The claim by the Army that no soldiers were involved in the massacre is embarrassing and breath-taking in its sheer recklessness. We find it hard to believe that  President Buhari (the Commander-in-Chief of the Armed Forces and a retired Major-General), the Defence Minister,  and General Buratai, the Chief of Defence Staff were reported to be in a closed-door meeting an hour before the shooting started but they knew nothing about the deployment of soldiers to the Lekki protest. General Buratai should explain the precise nature of the “efforts” which he admits his forces took “to ensure compliance with the curfew imposed by legitimate civil authorities in Lagos”. The least that citizens are entitled to from those exercising coercive powers over them is a modicum of accountability.

Is Troubled by the revelation that police assigned to Lagos State had been deployed to duties in other States, such that while the army were deployed to use maximum and deadly force against peaceful protesters, no police were available to arrest those who, under cover of the protests, had been organized to destroy and set fire to valuable assets and buildings in the state. In The circumstances where Lagos had been singled out as the epicenter of the protests so as to justify the deployment of the army to enforce a curfew in the State, the Inspector General of Police should explain the decision to deploy police assigned to Lagos to duties in other states, leaving the commercial capital of the country unprotected.

Finds Sinister the decision, taken at 10.30am, to declare a curfew to begin at 4.00pm the same day, only for the beginning of the curfew to then be pushed back to 9pm and yet for General Buratai’s soldiers’ “efforts to enforce the curfew” to begin before the new commencement time. In the circumstances where the traffic situation in Lagos is legendary, Governor Sanwo-Olu should explain his reasons for initially setting the curfew time to begin at the unrealistic hour of 4pm. He should also explain when, how and to whom within the Armed forces, he communicated the revised 9pm commencement time leading to his comment that “the security operatives were not meant to be there until 10 to 11pm”.

Finds unacceptable the report that a private company, operating a concession from the State Government to provide lighting on the Lekki Tollgate, could decide to extinguish the lights and Billboard lights for no logical reason. The coincidence of the timing of this action, and also of the removal of high resolution/definition number-plate recognition LPR cameras, with the commencement of the massacre which followed, is troubling and calls for explanation from the proprietors of these companies.

Considers it a national disgrace that the various arms of the Government have shown this level of callousness towards young Nigerians in the same month as they were enjoined to celebrate the 60th anniversary of the grant of independence to their country.

Calls upon the Government to bring closure to this disgraceful saga by ending the campaign of denial to allow the injured and the bereaved the dignity and healing which they deserve.

Condemns the fines which the National Broadcasting Commission has imposed on the news outlets for their coverage of the massacre. We view it as an attempt to coerce journalists and news outlets from performing their public information responsibilities.

Once again thanks members of the international community and the Nigerians in the Diaspora for the concern and support which they have shown for the wellbeing of the citizens of Nigeria and calls upon them to continue to remain engaged until justice is done in this matter.

The National Question and Self-determination in Nigeria: being the paper delivered by Adewale Adeoye at the Conference Organised by Maroon Square, held at the Federal College of Education, (Technical) Akoka, Lagos on July 1, 2021 By Adewale Adeoye